This was my first Ventures tour to Cape Cod and Rhode Island.  It will not be my last.  The stunning beauty of New England was on full display during our time here.  The weather was absolutely stunning with most days in the sixties.  It was unseasonably pleasant for October in New England. We arrived in Boston on the 14th and transferred to Wellfleet, on the Cape, for the next three nights.  We then transferred to Rhode Island to explore the Ocean State for a couple days before heading home.

The sandy beaches, dune vistas, maritime forests, and salt marshes make Cape Cod a fantastic place to bird in any season.  October provides a great time to look for lingering migrants and seabirds.  Nine participants enjoyed the birds, seafood, and scenery of the week in New England.

We all gathered in Boston on the 14th for an airport pickup and transfer out to Cape Cod.  The number of participants afforded us to have two vehicles for transport.  Picking up people in two waves we made our way to our first birding location, Scusset Beach State Reservation.

This beach park sits at the base of the Cape Cod Canal right before you get onto the cape.  It has a great bike trail, beaches, and jetties.  We got our first good looks at Common Eider near the Jetty.

Great Black-backed Gulls paraded around near the end of the rock jetty with the Herring and Ring-billed Gulls.

Another highlight of this first spot was a visible Ocean Sunfish was spotted bobbing up and down in water. By this time, it was getting time to head out to our accommodations for the evening.  We drove up to Wellfleet on the Outer Cape for the night.

The morning of the 15th was sunny and beautiful.  Our plan for the day was to bird a bunch of Outer Cape hotspots looking for seabirds, migrants, and shorebirds.  We started the morning on the dunes at the Marconi Station site.

This site is where Guglielmo Marconi set up the first Trans-Atlantic wireless telegraph site in 1903.  The high dunes here provide a great look over the ocean to search for anything out over the ocean. White-winged Scoters were everywhere in the water and the air.

Northern Gannets were flying back and forth in front of us.  A late Whimbrel flew by giving us good looks.

The next stop was Nauset Light Beach, this location is still within Cape Cod National Seashore.  We had great looks at Red-throated Loons, Razorbills, and Peregrine Falcon.  Passerines in the maritime forest was included Blackpoll Warbler and Yellow-rumped Warbler.  The busy morning continued with a visit to Fort Hill in Eastham.  We had a good number of passerines here including Red-eyed Vireo, Blue-headed Vireo, and Gray Catbird.  We stopped by the hotel for a nice picnic lunch.  It was nice being so close to all the birding spots, because we could pop back to the hotel for a quick lunch break.

The second half of the day was spent at Wellfleet Bay Wildlife Sanctuary, a Massachusetts Audubon Society site.

It has roughly five miles of trails winding through maritime forest and salt marsh.  It is a beautiful sanctuary, and we explored a lot of it.

The highlight of the Sanctuary was getting to walk out through the saltmarsh onto the edge of Cape Cod Bay.

Shorebirds piled up here and we got decent scope views.  Black-bellied Plovers, Greater Yellowlegs, and Dunlin were among the highlights.

The forest trails included looks at Merlin, Palm Warblers, and Tree Swallows.  We spent the last remaining time at the visitor center watching the feeders.  This is an impressive sanctuary that is worth the visit when in the area.

The night was wrapped up by a great seafood dinner in Wellfleet.

Our second full day on the Cape was spent exploring the Upper Cape.  We woke early to walk out to Race Point. This five-mile beach walk is beautiful, but tough.  Race Point is supposed to be one of the best places in the Eastern United States to view seabirds from land.  Steady streams of gulls, terns, and sea ducks sped past us as we walked out.  The very entertaining Gray Seals were hauled out on a sand bar and were quite a treat to see.

Common Eider, Surf Scoter, and Lesser Black-backed Gull were highlights of the walk out.  Sanderlings and Semi-palmated Plovers hid in the beach debris.

Merlin and Peregrine Falcon patrolled the beach looking for a snack.  Horned Larks were also foraging on the beach.

We made it out to Race Point and were greeted by a Cory’s Shearwater and Pacific Loon.  These were the highlights of the day for sure.  A long walk back to the vans afforded more looks at Gray Seals, and gulls.

Lunch was well deserved at the picnic area.  Everyone was a little tired from the long walk, so we spent a leisurely afternoon in Provincetown.

We managed to find a Great Cormorant at the end of the pier.  We ended the day with another great seafood dinner at a local restaurant.

On the 17th we had the morning to bird around the Cape before transferring to Rhode Island for the rest of our tour. Fort Hill was worth a repeat visit, but this time we took the longer trail by the marsh.

It was full of life this morning.  A pair of Orange-crowned Warblers showed nicely.  Common Yellowthroats chipped from the brush, and a Yellow-breasted Chat gave a brief look by the parking area.  We found at least two Black-crowned Night-herons in the marsh with the Snowy Egrets.

Finishing up at Fort Hill we had to make a stop at the Bird Watcher’s General Store in Orleans.  This Cape Cod institution has provided everything bird watching on the cape for almost forty years!  There were quite a few souvenirs purchased here and a lot of bird talk!  Once we got our fill of the general store it was time to drive a bit to set us up or our next day in Rhode Island.

Our afternoon destination was still in Massachusetts, but off the cape.  Gooseberry Island is a small piece of land sticking out from Horseneck Beach into Buzzards Bay.

You can see several islands from the end, including Martha’s Vineyard.  This was an easy flat trail with a mix of scrub and beach habitats.  We encountered Palm and Yellow-rumped Warblers in the bushes.  A Northern Harrier patrolled the area.  We got to have up close views of Black-bellied Plover, Ruddy Turnstone, and Sanderling on the beach.

We also located several Great Cormorants on the rocks offshore.  The day was getting long so we decided to make the final trip over to Rhode Island for the nights.  We finished with a wonderful seafood dinner in Narragansett at the Old Coast Guard Restaurant.  It was a great way to finish the day.

We had the whole day to spend in Rhode Island.  The day started at Ma’s Donuts, an awesome bakery just North of Newport.  Sachuest Point National Wildlife Refuge was our morning birding destination.

We walked the loop trail of this beautiful refuge.  A lot of sparrows flitted around in the scrub including Swamp, White-crowned, Savannah, and Field. A massive cloud of Tree Swallows swirled overhead.  It was also a very productive raptor day on the refuge with Merlin, Sharp-shinned hawk, Coopers Hawk, Northern Harrier, Osprey, and Red-tailed Hawk all giving views.  Brant was another bird that was new for the trip.  We encountered fifty-three species for the morning walk, not a bad total for mid-October.

Having spent most of the morning at Sachuest we were getting hungry.  Brenton Point State Park in Newport was our lunch spot.

The drive there wound through the historic district of Newport.  It was an amazing sight to see all the huge mansions in the town.  We had lunch with some Semi-palmated Sandpipers and a great view.

Our final destination of the day was Moonstone Beach.  To get there we needed to drive most of the way across the state, it took us forty-five minutes.  Moonstone beach and Trustom Pond National Wildlife Refuge is at the Southern end of Rhode Island.  The beach is known for its smooth stones mixed in with the sand.

Trustom Pond is just on the other side of the dunes and provides some fresh water habitat for wintering waterfowl.  We had quite a few new birds to the trip including Bufflehead, American Widgeon, American Black Duck, and Ring-necked Duck.  A cooperative Common Raven perched on a snag for all of us to see.  We had the beach to ourselves for the most part, and it was a great way to end a very productive day in Rhode Island.  We finished with one last seafood dinner before our departure in the morning.

The last morning of the trip was spent birding one last spot in Rhode Island.   Colt State Park near Bristol was on the way up to Boston for the airport drop off, so we decided to spend a little time there.  This park is called the crown jewel of the Rhode Island Park system, and when we got there, we found out why.  It was beautifully manicured with the appropriate amount of fresh water, forest, and trails.  We focused mainly on the forest edges and were lucky enough to find a large foraging flock of birds including Black-throated Blue Warbler, Ruby-crowned Kinglet, Hairy Woodpecker, Hermit Thrush, and many more.  It was a good way to wind up the tour. 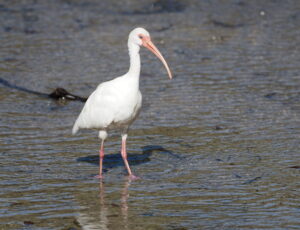 November 13 – 17, 2021 Narrative and Photos by Simon Thompson This trip to Northern Florida was one of our regular road trips, where we all meet at a given location before the official start of the tour and drive our own vehicles. The weather was beautiful, albeit a little cold first thing in the […] Oct. 14 – 19, 2021 Narrative by Kevin Burke This was my first Ventures tour to Cape Cod and Rhode Island.  It will not be my last.  The stunning beauty of New England was on full display during our time here.  The weather was absolutely stunning with most days in the sixties.  It was unseasonably […] 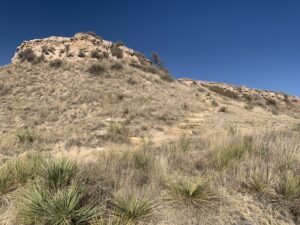 November 5 – 12, 2021 Narrative and Photos* by Aaron Steed *Thanks to Dawn Macheca for some great photos! Our inaugural Kansas Explorer trip aimed to sample a variety of habitats across ‘The Sunflower State,’ with special attention given to the various types of prairies on show. Chiefly among our targets was a selection of […]