The final 2 months of 2019 I traveled with my partner and son to Colombia to explore the incredible diversity of ecosystems and cultures.  I had previously worked on a bird project in Colombia for 4 months in 2015 and then returned in 2018 for a bird tour, so I was familiar with traveling around the country. My first trip to Colombia had caused me to instantly fall in love with the country and I knew that I wanted to take many more trips to explore the endless corners of a country that boasts coastline of two oceans, the highest coastal mountain range in the world, the Amazon, the Andes, the Llanos, the Choco and much more! Convincing my partner that it was a good idea for us and our not quite 2-year old son to travel for 2 months in a foreign country was not easy but my constant stories and dreamy portrayal that I had painted of Colombia eventually won her over.

I will not sugarcoat it; it was an extremely challenging 2 months but also immeasurably rewarding.  We began our trip in the large city of Medellin, nestled in the Central Andes Mountains.  We spent a week exploring the city, adjusting ourselves to a new culture, and getting over some illnesses that plagued us for the first couple weeks of the trip.  Medellin is known as the city of eternal spring.  Usually hovering between 60-80 F year-round it is about as close to a perfect climate as one could imagine.  While we were there the weather pattern was quite similar to summertime in the Southern Appalachians.  Cool in the morning, followed by a buildup of heat and humidity, erupting into an afternoon downpour to cool things back off heading into the evening.

We usually took a morning trip out of our AirBNB to a local park around the city for our son to play in and for me to bird!  Grayish Piculet, Barred Antshrike, Acorn Woodpecker, and Thick-billed Euphonia were a few of my favorite birds we saw in our first few days in Colombia

Our next stop was the small town of Jardin about 4 hours south of Medellin.  This beautiful, quaint town sat up on a plateau surrounded by 10,000+ft mountains with endless outdoors opportunities.  Jardin is in the center of coffee country so where the forest had been cut there were coffee plantations as well as cattle ranches. Jardin was extremely safe, the food was delicious, the people were incredibly friendly, and the birding was fabulous.

Five minutes from the center of town is a Cock-of-the-Rock lek that offers intimate and up-close views of these bizarre birds.  I had been to a few Cock-of-the-Rock leks before, but this was hands down the best I had visited.  We visited the lek many times and usually saw over 10 males and a couple females each visit.

A short ride up the road above Jardin one can bird pristine Andean cloud forest.  We spent 2 days up there birding, looking for cloud forest specialties including the endemic Yellow-eared Parrot and lucked out one of those days!  Other highlights included Black-billed Mountain Toucan, Plushcap, Green-and-Black Fruiteater, Lacrimose Mountain-Tanager, and Buff-breasted Mountain-Tanager.

We loved Jardin so much that we ended up staying for nearly 3 weeks.  We did not want to leave!

We returned to Medellin and spent another 5 days exploring some areas further outside of the city including Parque Arvi, which required us to take a long metrocable ride up above the city.  We also went to the zoo, the aquarium, and visited many amazing restaurants and coffee shops. We then headed north to the Caribbean coast.

We flew from Medellin to the large coastal town of Santa Marta and caught a quick bus up into the foothills of the Santa Marta Mountains.  These mountains are the highest coastal mountains in the world with peaks reaching nearly 19,000 feet!  This area has also been referred to as the most biologically important region in the world.  This mountain range is totally separated from the Andes Mountains and the level of endemism is unparalleled. Eighteen-thousand foot peaks are only 30 miles from the ocean.  The level of diversity is staggering and there is no doubt many new species are to be discovered here. Fortunately, much of this region is protected under national park and indigenous lands but still is suffering from deforestation. We based out of the tiny tourist town of Minca.

Minca was not nearly as charming as Jardin but the outdoor opportunities were numerous. Around 25 endemic bird species call the Santa Marta Mountains home and my goal was to check off the remaining species I had not found in previous visits here.  I found many, including the Santa Marta Mountain Tanager, Santa Marta Tapaculo, and Santa Marta Bush-Tyrant.  Erica and Banks enjoyed swimming in the pristine river that flowed through Minca as well as exploring the many hidden corners of the hippie and low-key vibe of the community.

After 5 days or so we returned to Santa Marta to enjoy some time on the beach and take in the hot Caribbean sun.

We stayed south of Santa Marta in a small beach town called Rodadero Beach.  We spent our days here enjoying the beautiful beaches and birding the unique scrub/shrub habitat that many species call home.

One day we took a terrifying boat ride across the open ocean to the northern tip of Colombia in Tayrona National Park.  The beach was incredibly beautiful that had jungle spilling into the pure white sand that then met clear and turquoise waters.

Our final leg of the trip was to the large city of Cartagena. Although I am not much of a city dweller, Cartagena captured my spirit with its beauty, history, and culture.  There was so much to do here!  Some of my favorite highlights were visiting the Spanish fort, Castillo San Felipe de Barajas, walking along the wall of the Old City, and exploring the hundreds of coffee shops that could be found throughout the city.  I did even get some good birding in.  I went to a lagoon 15 minutes outside of the city that was known to be good for shorebirds and possibly a flamingo.  I did not find a flamingo but I found a bunch of good stuff including my lifer Savannah Hawk.

It was truly an incredible trip and I hope to return with my family again in the near future!

Traveling across Europe in lock-down: March 2020 Simon Thompson Sometimes what starts out calmly and enjoyable finishes in a crazy insane rush. This is what happened when I took my mother on what was planned to be a quiet and leisurely road trip from her home in the east of England, down through eastern France, […] 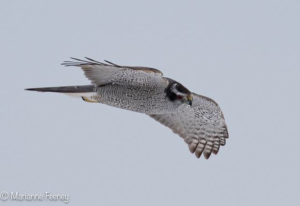 Owls & Winter Finches Kevin Burke February 2020 The weather from the Twin Cities to Sax-Zim Bog was mild, for Minnesota in the winter, and very pleasant.  It was an interesting year in the bog with the booming cone crop keeping some of the regular winter finches too far north for us to see.  There […] 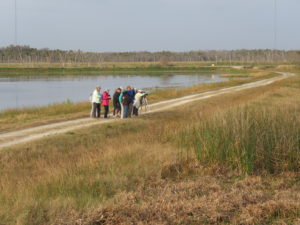 January 22 – 27, 2020 Every year we send a few of our guides to the Space Coast Birding Festival, in Titusville Florida. In it’s 23rd year, this is one of the largest birding festivals in the US with tour companies from around the world. Titusville is close to Cape Canaveral National Seashore, Merritt Island […]